Data from insurance companis shows only 67% have paid their Obamacare premiums... 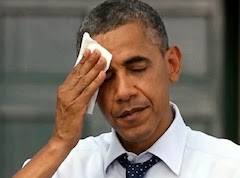 This is going to cause a major revision of the number Obama is claiming got covered.


WASHINGTON, DC – Data provided to the committee by every insurance provider in the health care law’s Federally Facilitated Marketplace (FFM) shows that, as of April 15, 2014, only 67 percent of individuals and families that had selected a health plan in the federally facilitated marketplace had paid their first month’s premium and therefore completed the enrollment process. Nationwide, only 25 percent of paid enrollees are ages 18 to 34. The Subcommittee on Oversight and Investigations today invited the leaders of some of the nation’s largest insurance providers and their trade groups to testify at a hearing, “PPACA Enrollment and the Insurance Industry,” on Wednesday, May 7, 2014, at 10:15 a.m. in room 2123 Rayburn House Office Building.House Energy and Commerce Committee members sent letters requesting specific enrollment data, including the number of individuals who have paid their first month’s premium and demographic breakdowns. The committee has compiled the data that provides a snapshot of the true enrollment picture as of April 15, 2014, after the official end of the open enrollment period. Due to the administration’s repeated and unilateral extensions and changes, as well as the fact that many insurers have reported that individuals will still have time to pay their first month’s premium, the committee plans to ask the insurers in the federally facilitated marketplace to provide an enrollment update by May 20, 2014. On April 17, 2014, President Obama declared the success of his law, claiming that 8 million Americans had signed up for health insurance, but data from the insurance providers reveals that the president’s figure is largely misleading. As of April 15, 2014, insurers informed the committee that only 2.45 million had paid their first month’s premium for coverage obtained through the federally facilitated marketplace. While the administration has relied on questionable nationwide figures to boast the law’s success, the state-by-state breakdown compiled by the committee underscores the serious problems facing some states.