Change: 7 in 10 Americans are angry at the direction the country is headed 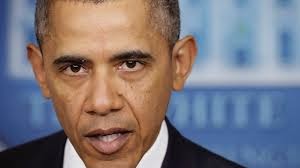 
Washington (CNN) — Nearly 7 in 10 Americans are angry at the direction the country is headed and 53% of Americans disapprove of President Barack Obama’s job performance, two troubling signs for Democrats one week before the midterm elections, a new CNN/ORC International Poll shows.
Democrats are battling to try and save the Senate majority, while hoping to prevent more losses in the House, which the GOP controls by a 234 to 201 margin.
In the Senate, Republicans need a net gain of six seats, and several state polls in the past month of contested races show that Democrats are in danger of losing control of the majority, and thus Congress. Currently, Democrats control the Senate by a 55-45 margin with two of those seats held by independents that align themselves politically with Democrats.
Keep on reading…