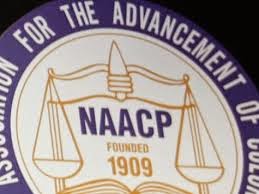 This wouldn't surprise me at all.


According to a letter from a lawyer for the State of North Carolina to the National Association for the Advancement of Colored People (NAACP), a speaker at a recent NAACP conference in North Carolina urged audience members to mislead the NAACP’s own members into believing they do not need to register to vote in advance, or that they do not need to vote at their assigned polling place. Why?  The letter alleges: To create confusion and animosity during the upcoming mid-term elections in North Carolina, and to use the evidence of that confusion in the ongoing litigation between Eric Holder’s Justice Department and North Carolina and to show that North Carolina’s election integrity laws are discriminatory. From the letter:
It is also our understanding that during the [NAACP conference], Rev. Barber urged those in attendance to take unregistered voters to vote during the Early Voting period and to engage in get-out-the vote activities that included transporting registered voters to vote in precincts in which they are not assigned to vote on Election Day, or words to that effect. The stated purpose for these activities, as I understand it, was to gather evidence for and thereby enhance plaintiffs prospects of success in the litigation involving [North Carolina’s Election Integrity Laws].