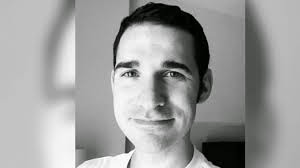 Why was the man allowed to run around New York after returning from treating Ebola patients in West Africa? It's past time to impose a travel ban one anyone coming from Ebola outbreak countries in West Africa unless they undergo a mandatory quarantine.


Those four people include Spencer’s fiancée and two friends – all of whom are healthy, but have still been quarantined, New York City Department of Health and Mental Hygiene Commissioner Dr. Mary Travis Bassett said.
The fourth person who is in contact with the state is the driver of an Uber car, which Spencer took when he went bowling Wednesday night in Williamsburg, Brooklyn, Bassett said. The Uber driver had no direct contact with Spencer, and is not believed to be in any danger, she said.
Uber issued a statement indicating that it also contacted the U.S. Centers for Disease Control and Prevention and the city Health Department, which said the driver and subsequent passengers were not at risk.

It appears Doctors Without Borders has very lax rules for healthcare workers returning from Ebola countries. If someone catches Ebola from Dr. Craig Spencer, are they legally liable?
Posted by Bluegrass Pundit at 5:32:00 AM