Guess who requested a drop in the CDC budget! 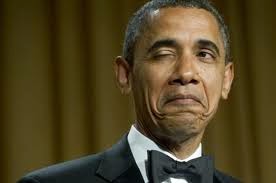 Check out the picture above. It wasn't Bush!


WASHINGTON — Recent attacks by a Democratic outside group blame congressional Republicans for exacerbating the Ebola epidemic by continuously seeking to cut funds for government health agencies.
But the charge leaves out a critical point. President Barack Obama hasn’t been consistent on funding the Centers for Disease Control and Prevention, the dominant U.S. public health agency combating the outbreak. In some years, he’s been a budgetary champion for the CDC. In other years, he’s bowed to austerity.
During Obama’s first three years in the White House, the CDC’s total funding increased from $6.64 billion to $7.16 billion, according to figures provided by the administration. Those funding levels were all higher than what was in place at the end of the Bush years.
After the GOP took control of the House in 2011, the administration protected CDC funding by relying on new funding streams from the Affordable Care Act. But the CDC’s total budget fell by $430 million in fiscal year 2013, and the president can’t blame Republicans for the drop. The president’s funding requests for the CDC dropped too.