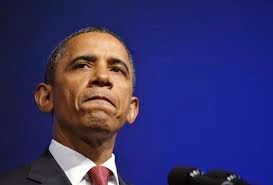 It couldn't happen to a more deserving group of individuals.


President Barack Obama is about to do what no president has done in the past 50 years: Have two horrible, terrible, awful midterm elections in a row.
In fact, Obama is likely to have the worst midterm numbers of any two-term president going back to Democrat Harry S. Truman.
Truman lost a total of 83 House seats during his two midterms (55 seats in 1946 and 28 seats in 1950), while Republican Dwight Eisenhower lost a combined 66 House seats in the 1954 and 1958 midterms.
Obama had one midterm where his party lost 63 House seats, and Democrats are expected to lose another 5 to possibly 12 House seats (or more), taking the sitting president’s total midterm House loses to the 68 seat to 75 seat range.
Most recent presidents have one disastrous midterm and another midterm that was not terrible.
The GOP lost 30 House seats in George W. Bush’s second midterm, but gained 8 seats in his first midterm for a net loss of 22 seats. The party lost 26 seats in Ronald Reagan’s first midterm, but a mere 5 seats in his second midterm for a net loss of 31 seats.