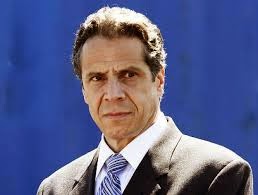 Will the MY Times ever stop carrying water for Democrats?

Gov. Andrew M. Cuomo has faced intense scrutiny in recent months, including an investigation by federal prosecutors, over his management of a commission that he created to root out corruption in New York politics, but prevented from examining his administration’s conduct and then prematurely shut down.
An analysis of Mr. Cuomo’s handling of an earlier investigative commission, which highlighted the failures of electric companies in the aftermath of Hurricane Sandy, reveals some of the same hallmarks: interference, efforts to shield his administration’s role and a sense that the governor had a clear idea at the outset of what the commission should conclude.
His first use of the Moreland Act, which empowers governors to investigate problems and recommend solutions, focused heavily on the post-hurricane failures of the Long Island Power Authority. A state-run utility, it had a hapless history and a fed-up customer base from the Rockaways to the Hamptons.

For nearly four years, Gov. Andrew Cuomo has used his formidable political skills to achieve major advances for New York. He pressured and ultimately persuaded some Republican legislators to allow same-sex marriage in the state in 2011. That provided momentum for marriage equality nationally and changed many lives for the better. At least 30,000 same-sex couples have celebrated legal marriages in the state since the law changed.
He pushed through the strongest gun-control measure in the country after the mass killing of schoolchildren in Newtown, Conn., in 2012. The new law expanded the ban on automatic weapons and big ammunition magazines and requires background checks for private gun sales, changes that are an improvement to public safety. Many voters upstate have anti-Cuomo bumper stickers and lawn signs registering their anger at the gun control bill. These are badges of political courage for Mr. Cuomo.
His budgets have been on time, and though his tax policies have favored the wealthy, he managed to get higher credit ratings for the state for the first time in decades.
While The Times’s editorial board chose not to make an endorsement in the Democratic primary in September, we recommend Mr. Cuomo for re-election on the basis of these achievements.