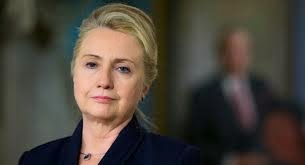 She didn't just use it sometime. She used it exclusively. Arrest her...

WASHINGTON — Hillary Rodham Clinton exclusively used a personal email account to conduct government business as secretary of state, State Department officials said, and may have violated federal requirements that officials’ correspondence be retained as part of the agency’s record.
Mrs. Clinton did not have a government email address during her four-year tenure at the State Department. Her aides took no actions to have her personal emails preserved on department servers at the time, as required by the Federal Records Act.
It was only two months ago, in response to a new State Department effort to comply with federal record-keeping practices, that Mrs. Clinton’s advisers reviewed tens of thousands of pages of her personal emails and decided which ones to turn over to the State Department. All told, 55,000 pages of emails were given to the department. Mrs. Clinton stepped down from the secretary’s post in early 2013.