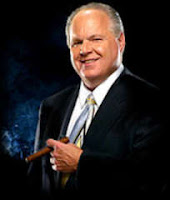 Why are democrats obsessed with Rush Limbaugh? Now they are outraged over his remark about the possible heath health care nationalization bill being named after teddy Kennedy. The publicity has doubled Rushes ratings. I guess we should encourage democrats to continue. this looks like a strategy that is backfiring.

Brian Wolff, executive director of the Democratic Congressional Campaign Committee denounced as "reprehensible" and "truly outrageous" a remark made by Limbaugh Friday that Kennedy, who is suffering from brain cancer, would be dead by the time the U.S. Congress passed healthcare industry reforms, the Boston Globe reported.

"Before it's all over, it'll be called the Ted Kennedy memorial health care bill," Limbaugh said on his syndicated radio show, prompting Wolff to say that Limbaugh "minimizes the struggle of hardworking Americans without access to affordable healthcare and demonizes a patriotic senator who has spent his life fighting so that every person has the opportunity to live the American dream." (excerpt) read more at upi.com

I blogged about this myself. Funny thing, the Democrats said it first. FoxNews.com had a story January 13 in which they indicated that they'd name whatever health care bill after Kennedy.

He is like one of those little kids who shouts vulgarities for attention. Leader of the Republican party? They are slumming.