There is nothing to see here. Please move along. 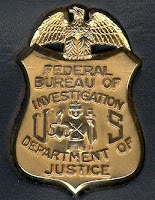 The FBI has the worst record on Freedom of Information Act requests. They fail to deliver two out of three requests. We are never going to find out who shot JFK or where the UFO's are really from unless the FBI improves. I bet they won't release any information about Obama's birth certificate either. Anyone interested in taking that wager?

WASHINGTON -- A private study said the FBI tells two out of every three Freedom of Information Act requesters that it can't find the records they requested.

The study by the National Security Archive, a private group that publishes declassified government documents, said that failure rate is five times higher than other major federal agencies.

The Archive awarded the FBI its Rosemary Award for the worst Freedom of Information Act performance by a federal agency.

The award is named for former President Richard M. Nixon's secretary Rose Mary Woods who's known for claiming to have accidentally erased 18 1/2 minutes of a White House tape recording during the Watergate era.(excerpt) read more at wbaltv.com