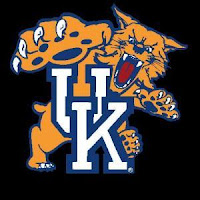 
LEXINGTON, Ky. (AP) - Impatient for a winner and a coach who embraced all the things that come with running college basketball's all-time winningest program, Kentucky fired coach Billy Gillispie on Friday. Saying the Wildcats deserve a leader who understands "this is not just another coaching job," athletic director Mitch Barnhart and president Lee Todd made the unusual decision to dismiss Gillispie less than two years after he was hired to replace Tubby Smith.

"He's a good basketball coach," Barnhart said. "Sometimes it's just not the right fit and that's my responsibility."

It's a move Barnhart felt was necessary following a couple of turbulent seasons in which the Wildcats struggled to improve under their hard-working but sometimes aloof head coach.

Hired to rejuvenate a program after Smith bolted for Minnesota, Gillispie struggled to find any consistency on the court or off it.

Gillispie went 40-27 in two seasons with the Wildcats, including a 22-14 mark this year that tied for the second-most losses in the program's 106-year history. A stumble down the stretch left the Wildcats out of the NCAA tournament for the first time since 1991.

Yet Gillispie's problem went beyond wins and losses.

Barnhart said rebuilding years are expected when a new coach is hired. The trouble were "philosophical differences" between the university and Gillispie on the role the school's coach plays in the fabric of a fan base that refers to itself as Big Blue Nation. (excerpt) read more at breitbart.com.