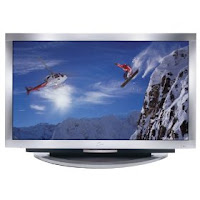 Environmental nuts in California want to ban your big screen TV and they are in control of the California Energy Commission. The CEC plan proposes to ban about 200 television models. The plan was outline in a a dry-sounding reported entitled, “December 2008 Draft Efficiency Standards for Televisions”. I wonder if they will ban Obama's teleprompter on his next visit to California?

California To Ban TV: But Not For Good Reason (like there’s nothing decent to watch)
by Chuck DeVore

It should come as no surprise that in 2009, an era when the L.A. Basin’s air quality bureaucracy, the SCAQMD, wants to ban dark cars because they need more air conditioning in the summer, that the California Energy Commissariate is drafting an order to outlaw TVs. (Perhaps if our TVs had one state-approved channel they would relent.)

Why is the California Energy Commission (CEC), a Gov. Jerry Brown creation, wanting to ban television sets? Well, it seems that a honking 48-inch plasma screen, that bright symbol of the bygone days of conspicuous consumption and purveyor of drooling vacuity, uses too much electricity, and electricity production makes too much greenhouse gas emissions (at least in America, where half of our electricity comes from coal - in France, a plasma screen would emit nary a CO2 molecule as the TVs there are nuclear powered). (excerpt) read more at bighollywood.breitbart.com

As a Californian, I'm sick of our state government. They alternate between complaining about how broke they are and putting up stupid new regulations to stifle business.If they want to save the environment, they should do it by leading in alternative energy infrastructure.