Will your ISP block your Internet if you are accused of file sharing? 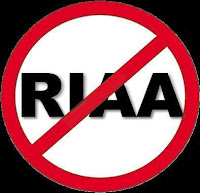 That is exactly what the Recording Industry Association of America has asked Internet providers to do. Apparently, some are willing to cooperate. Under this plan, if the RIAA accuses you of illegal file sharing, you will have your Internet service terminated after receiving warnings. This practice is already underway in some other countries. Illegal file sharing is wrong, but having the RIAA as the judge and jury is a violation of American's rights. This plan would only be fair if businesses in the music industry have their Internet terminated if they falsely accuse someone.

AT&T, one of the nation's largest Internet service providers, confirmed on Tuesday the company is working with the recording industry to combat illegal file sharing.

At a digital music conference in Nashville, Tenn., Jim Cicconi, a senior executive for AT&T, told the audience that the ISP has begun issuing warning notices to people accused of pirating music by the Recording Industry Association of America, according to one music industry insider who was present.

Early Wednesday morning, an AT&T spokeswoman confirmed that Cicconi made the statements.

In December, the RIAA, the lobbying group of the four largest recording companies, announced the group would no longer pursue an antipiracy strategy that focused on suing individuals, but rather would seek the help of broadband providers to stem the flow of pirated content. The RIAA said an undisclosed number of ISPs had agreed to cooperate but declined to name them. In January, CNET News reported that AT&T and Comcast were among the group. (excerpt) read more at news.cnet.com