GM is bankrupt, NK is testing nukes and Americans struggle while Obama jets to NY for "date night" 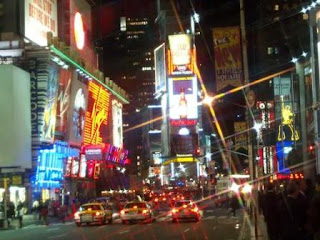 President Obama is trying to empathize with Americans who are struggling to make ends meet in these tough economic times. He is taking a smaller jet to New York for his and Michelle's Broadway show "date night." Yeah. That makes us all feel better. From The Hill's Blog:

"As President Obama prepares to wing into Manhattan's theater district on Air Force One to take in a Broadway show, GM is preparing to file bankruptcy and families across America continue to struggle to pay their bills," RNC spokeswoman Gail Gitcho wrote to reporters.

"Have a great Saturday evening — even if you're not jetting off somewhere at taxpayer expense," she added.

The president and first lady had announced they will take a smaller VIP jet under military command to minimize the costs of the flight to New York this evening.

It also causes the NYPD a huge problem with security and traffic.

"It also causes the NYPD a huge problem with security and traffic."

I don't doubt that statement.