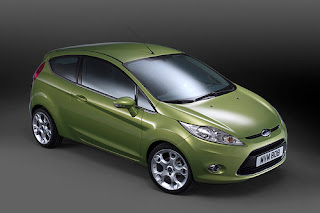 The Obama administration is set to announce tough standards of 35.5 miles per gallon by 2016 for new cars and trucks. These standards will force automakers to aggressively pursue electric and hybrid vehicles. Obama thinks he can save Detroit by forcing them to build cars Americans don't want. The biggest selling vehicle in the US is the Ford F150 truck. Americans love bigger vehicles and SUV's for the safety, power, styling and convenience they offer. Sales of hybrid vehicles rose dramatically last spring, but they can only be supported with gas prices in the $4~$5 range. You had to wait to buy a hybrid vehicle last May. Now, sales have dropped by almost two thirds and there is an eighty day dealer supply. Electric cars have never been practical for most Americans due to the longer distances we drive. Batteries don't have the range. From Freep.com:

WASHINGTON — President Barack Obama will announce Tuesday a breakthrough compromise to set tough standards of 35.5 miles per gallon by 2016 for new cars and trucks in return for California backing off its push for more stringent rules on automakers. Advertisement The rules could radically reshape the U.S. automotive industry by forcing automakers to push higher levels of technology such as hybrid-electric drives into vehicles faster than once planned. The deal fulfills Obama’s campaign promise to push Detroit and other automakers toward more fuel-stingy vehicles, but will also sharply raise the industry's costs for meeting regulations. Under the pact, new federal rules would increase current mileage standards 5% annually to 39 m.p.g. for cars and 30 m.p.g. for light trucks in model year 2016, said a senior administration official. Current standards require new cars to average 27.5 m.p.g. and new trucks to get 23.1 m.p.g.

Suicide clown cars. All but the dumbest Democrat knows not to ride in one.

Obama is certainly qualified to be CEO of a major manufacturing enterprise. Can't wait to see Him in a Super Bowl add next January.

This is just one more thing that the GOP must say 'no' to. Americans expect their adult leaders to say 'no' to ridiculous ideas.

For a snapshot of other things the GOP must say 'no ' to, you can hit:
http://firstconservative.com/blog/top-ten/political-humor-top-ten-list-of-nos

This is a great idea. Saving money on gas and saving gas is good for everyone (almost everyone). I don't feel that this will decrease competition or demand for cars. In fact it might even increase it, since car dealers will have to focus on other selling points decide MPG, to get consumer dollars.

These cars are great if you live in a large city and don't have a family. If you live in "Flyover territory that gets feet of snow and have a family of more than 4 these are a great waste of money. Not to mention more than a little dangerous. You are going to have to do better than this to get me out of my full sized AWD poor gas mileage Volvo. I think my tank could rollover these POS without bending my fender. I would rather be safe than trendy.
JeffinMiamiBch

If you have a technology the consumers want, you don't need a law to get them to buy it.