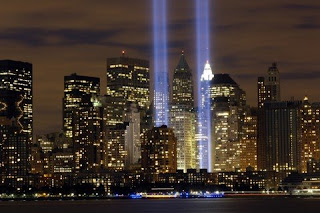 Obama Administration's Justice Department has filed a brief arguing that the Wahabi thugs who financed 9/11 can't be held accountable in a US court. Unbelievable. From the NYT:

The Obama administration is supporting efforts by the Saudi royal family to defeat a long-running lawsuit seeking to hold it liable for the Sept. 11, 2001, attacks.

The Justice Department, in a brief filed Friday before the Supreme Court, said it did not believe the Saudis could be sued in American court over accusations brought by families of the Sept. 11 victims that the royal family had helped finance Al Qaeda. The department said it saw no need for the court to review lower court rulings that found in the Saudis’ favor in throwing out the lawsuit.

I thought about this and have concluded that they might have done the *smart* thing in not creating a precedent.

The country that I really do want to sue is Mexico.
~Lorna