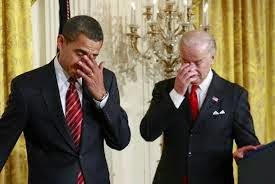 Well, they have bough a significant chunk of it under Biden and Obama's watch.


Vice President Joe Biden made another gaffe on Thursday, telling Harvard students that China is a part of North America.
Speaking at Harvard’s Kennedy School of Government, Biden made yet another blunder after saying that “North America is literally–not figuratively–the epicenter of energy in the world today.”
“North America will account–meaning Mexico, China and Canada–for two-thirds of the growth of global energy supply over the next 20 years,” Biden said. “By 2018, the United States will be a net exporter of natural gas, and most projections show North America will be totally energy independent by 2020, and the United States shortly thereafter.”
Biden continued by saying “there are more rigs, gas and oil rigs in the United States pumping today than every other nation in the world combined.”
Keep on reading…