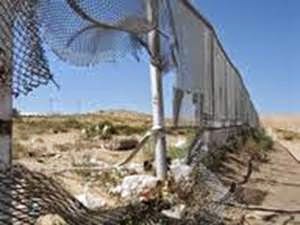 Political heads are going to roll before this is over.


Islamic terrorists have entered the United States through the Mexican border and Homeland Security sources tell Judicial Watch that four have been apprehended in the last 36 hours by federal authorities and the Texas Department of Public Safety in McAllen and Pharr.
JW confirmed this after California Congressman Duncan Hunter, a former Marine Corp Major and member of the House Armed Services Committee, disclosed on national television that at least ten Islamic State of Iraq and Greater Syria (ISIS) fighters have been caught crossing the Mexican border in Texas. The veteran lawmaker got the astounding intel straight from U.S. Customs and Border Protection (CBP), the Homeland Security agency responsible for guarding the 1,933-mile southern border.
“If you really want to protect Americans from ISIS, you secure the southern border,” Hunter proclaimed on a national cable news show this week. “It’s that simple. ISIS doesn’t have a navy, they don’t have an air force, they don’t have nuclear weapons. The only way that ISIS is going to harm Americans is by coming in through the southern border – which they already have.” The three-term congressmen went on: “They aren’t flying B-1 bombers, bombing American cities, but they are going to be bombing American cities coming across from Mexico.”
Keep on reading…