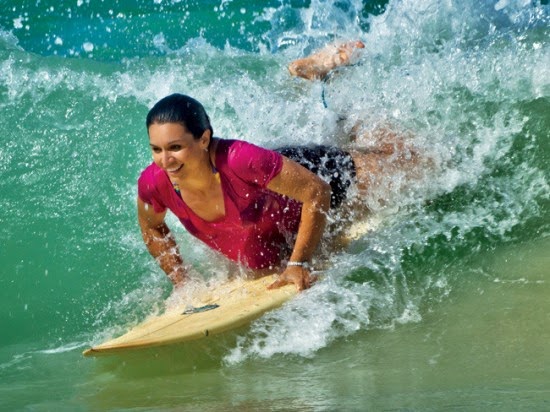 
Rep. Tulsi Gabbard (D-Hawaii) missed a hearing on veterans issues in August because she was surfing with a reporter who was producing a profile of the freshman congresswoman, the Honolulu Civil Beat reported.
She later used the video associated with the profile as part of a fundraising appeal.
Gabbard was scheduled to attend a field hearing being held in Honolulu by the Senate Veterans' Affairs Committee addressing issues with the Veteran Health Administration. Gabbard was shown leaving the shore at 9:15 a.m. in the video, which was produced by Yahoo News. The meeting was set to begin at 10 a.m.

Although Gabbard is a Democrat, she is also a veteran who has been a strong proponent for veterans rights. I'd give her a mulligan on this.

Not a bad looking babe. She also has a nice smile. And she's a democrat.

As Meatloaf would say:

Is my male chauvinist side showing??