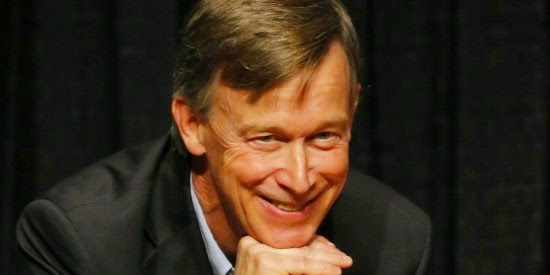 Other Colorado media got copies of the returns weeks ago.


DENVER — The campaign spokesman for Gov. John Hickenlooper threatened this reporter with arrest and called police when the reporter attempted to get the candidate’s tax returns, which were distributed to other Colorado media weeks ago.
Campaign spokesman Eddie Stern led me out of an office building that houses a number of different offices, including the Hickenlooper campaign, at 2525 16th St. in Denver and asked me to leave.
“Do you mind if we step outside,” Stern said, leading me out of the office complex to the sidewalk and parking lot.
“This is a private office, and I have to ask you to leave at this time,” he said. “Will you not record me?”
“No I will not, not record you,” I responded.
“It’s a private office I’m being recorded without my consent,” he said.
“We’re standing in a public parking lot, a public sidewalk, probably paid for by taxpayers. So anyway are you going to give me the tax returns or not?” I asked.
Stern then led me into the lobby of the building.
Keep on reading…