You won't believe what Obama did after the Oklahoma beheading! 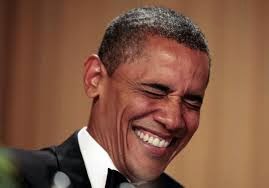 He flew a representative out to Oklahoma to condemn radical Islam praise Muslims.


OKLAHOMA CITY – Oklahoma Muslims marked the end of the yearly pilgrimage to mecca with communal prayer and celebration called Eid Ul-Adha on Saturday.
Leaders of the Islamic Society of Greater Oklahoma City say it’s been a tough month for Muslims here in Oklahoma after being associated with the beheading at Vaughan foods in Moore.
But the Muslim community received the highest form of praise from the White House for their hard work in helping rebuild the Moore community after a destructive tornado tore through the city in 2013.
Today, an official from Washington D.C. flew in to Oklahoma to present a special thank you to the Muslim congregation.
He read a message from President Barrack Obama, extending warm greetings from the American people during the Muslim holiday.
“Your service is a powerful example of the powerful roots of the Abrahamic faiths and how our communities can come together with shared peace with dignity and a sense of justice,” President Barack Obama said.