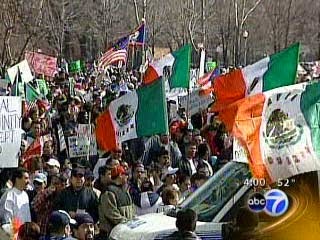 In the case of Barack Obama, "as American as any of us" is a low bar to hurdle.


In a new Facebook video released by the White House, President Obama reflects on his historic immigration reform speech by reminding Americans why he had to act to give illegal immigrants amnesty.
Obama explained he understood that most Americans were frustrated with people who were breaking the law and cutting the line by coming into the country illegally.
With a soft piano soundtrack in the background, Obama helpfully explained to Facebook viewers that “it just comes down to people.”
“You hear stories about young people who were brought here when they were two or three years old – are as American as any of us in attitude and love of country but don’t have the right papers and as a consequence they can’t apply for scholarships or they can’t travel because they are fearful that it might mean that they were deported,” he argued. “What you realize is that’s not what America is about.”
Keep on reading…