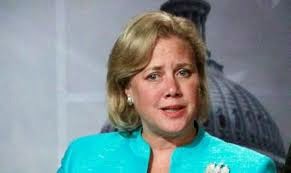 I wonder if  Senator Mary Landrieu regrets being the 60th vote for Obamacare now?


Rasmussen Reports’ first survey of the Louisiana Senate runoff shows Republican challenger Bill Cassidy comfortably on his way to joining the new GOP Senate majority.
Cassidy posts a 15-point lead – 56% to 41%- over incumbent Democratic Senator Mary Landrieu among Likely Louisiana Voters in our latest statewide telephone survey. Just three percent (3%) are undecided. (To see survey question wording, click here.)
Landrieu edged Cassidy, a U.S. congressman, 42% to 41% on Election Day earlier this month, with eight candidates officially in the race. But under Louisiana’s so-called “jungle primary” rules, the contest will now be decided by a December 6 runoff because no candidate cleared the 50% mark.
Keep on reading…