Demo Senator Mary Landrieu down by 16 points in Louisiana? 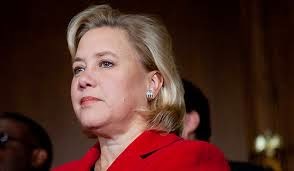 Democratic Senator Mary Landrieu is trailing her Republican challenger by a giant 16-point margin in a runoff for one of Louisiana's two U.S. Senate seats, according to poll results obtained by MailOnline.
The survey, commissioned by GOP Rep. Bill Cassidy's campaign, was leaked to media in order to fire a shot over the senator's bow and send a signal to energy lobbyists that her ship is taking on water.
It suggests that Democrats' worst fears have been realized even though Landrieu edged Casssidy by 1 percentage point on Election Day.