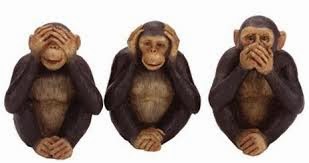 The truth is most illegal immigrants with jobs are using stolen social security numbers and identities. That should be a felony which would exclude them from any form of amnesty, but the Obama administration is looking the other way.


Center for Immigration Studies analyst Jon Feere reported at the time that ethnic lobbyists and open-borders businesses lobbied the Obama administration hard "to keep American victims of ID theft in the dark while shielding unscrupulous businesses from enforcement." As an Obama official told The New York Times, DHS employees are "not interested in using this as a way to identify one-off cases where some individual may have violated some federal law in an employment relationship."
Translation: See no identity theft. Hear no identity theft. Speak no identity theft.
A high-profile immigration attorney crowed: "Good news for deferred action applicants: If you used a false Social Security card, you need not reveal the number on your deferred action application forms. The U.S. Citizenship and Immigration Services has clarified that when the forms ask for an applicant's Social Security number, it refers to Social Security numbers issued to the applicant. If you used a friend's number, a made-up number or a stolen number, you should answer N/A for 'not applicable' where it asks for the number."
Since then, more than 500,000 DACA applications have been approved with abysmal oversight, little public disclosure and total absolution for identity rip-off artists. The latest planned administrative amnesty will dwarf that ongoing fiasco.

Those who claim what Obama is planning to do isn't amnesty, should face the truth. Many, if not most, of the illegals covered by Obama's EO will be getting amnesty not just for violating border and immigration laws, but also for felony identity theft and tax evasion.
Posted by Bluegrass Pundit at 5:52:00 AM