Flashback to 2009: Jonathan Gruber report to Congress claimed Americans would have lower premiums and out of pocket costs... 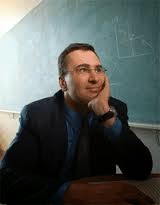 This report was a load of crap...


A new analysis by a leading MIT economist provides new ammunition for Democrats as the Senate begins formally debating the historic health-reform bill being pushed by President Barack Obama.
The report concludes that under the Senate’s health-reform bill, Americans buying individual coverage will pay less than they do for today's typical individual market coverage, and would be protected from high out-of-pocket costs.
So Democrats will argue that under the Senate bill, Americans would pay less for more.
The new document arms Democrats with a response to the contention of Senate Minority Leader Mitch McConnell (R-Ky.) that the bill would mean “higher premiums, higher taxes, and massive cuts to Medicare.”