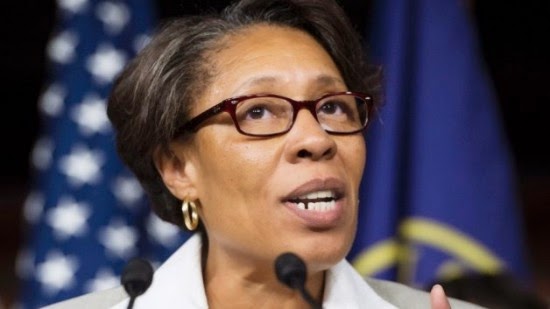 When you have no acceptable excuses, play the race card...


The Chairwoman of the Congressional Black Caucus said Democrats got walloped in the midterm elections because white Southern voters are racists.
“We lost because of ideological differences within the Democratic Party and with our Administration. We lost because our party has, to some extent, lost white Southerners due in part to the race of our President,” Rep. Marcia Fudge (D-OH) said, according to theCleveland Plain Dealer.
Fudge’s remarks echo those of Sen. Mary Landrieu (D-LA), the Democrat who is in a runoff with Republican Bill Cassidy in Louisiana. Landrieu blamed racism for Obama’s low approval ratings when asked why President Obama has “a hard time in Louisiana.”
Keep on reading…