Report: Obama threatened to shoot down Israeli planes if they attacked Iran... 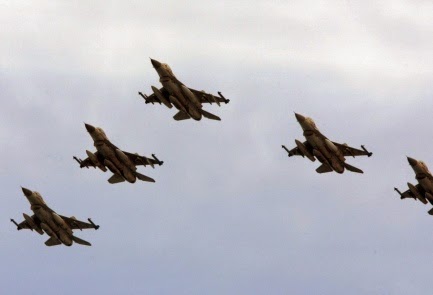 I would like to say this is unbelievable, but with Obama in the White House, we can't dismiss it.


The Bethlehem-based news agency Ma’an has cited a Kuwaiti newspaper report Saturday, that US President Barack Obama thwarted an Israeli military attack against Iran's nuclear facilities in 2014 by threatening to shoot down Israeli jets before they could reach their targets in Iran.
Following Obama's threat, Prime Minister Binyamin Netanyahu was reportedly forced to abort the planned Iran attack.
According to Al-Jarida, the Netanyahu government took the decision to strike Iran some time in 2014 soon after Israel had discovered the United States and Iran had been involved in secret talks over Iran’s nuclear program and were about to sign an agreement in that regard behind Israel's back.
The report claimed that an unnamed Israeli minister who has good ties with the US administration revealed the attack plan to Secretary of State John Kerry, and that Obama then threatened to shoot down the Israeli jets before they could reach their targets in Iran.
Al-Jarida quoted "well-placed" sources as saying that Netanyahu, along with Minister of Defense Moshe Yaalon, and then-Foreign Minister Avigdor Liberman, had decided to carry out airstrikes against Iran's nuclear program after consultations with top security commanders.

In the words of the late great Spock this scenario is very unlikely and illogical. Read:
http://pjmedia.com/rogerlsimon/2015/03/01/why-obama-order-to-shoot-down-israeli-jets-most-likely-untrue/