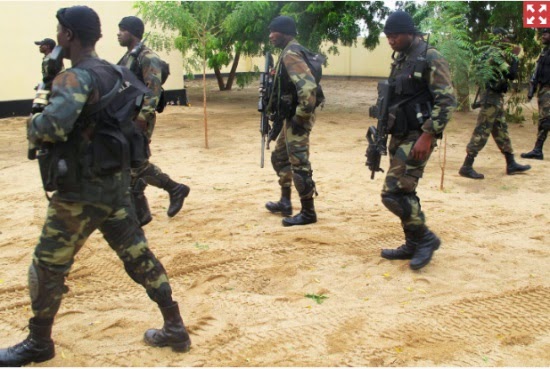 It's time to get serious and slaughter these animals, but Nigeria doesn't have the political will.


The wife of Cameroon’s vice prime minister was kidnapped and at least three people were killed in an attack by Boko Haram militants on in the northern town of Kolofata on Sunday, Cameroon officials said.
A local religious leader, or lamido, named Seini Boukar Lamine, who is also the town’s mayor, was kidnapped as well, in a separate attack on his home.
Boko Haram, the Nigerian Islamist militant group, has stepped up cross-border attacks into Cameroon in recent weeks as Cameroon has deployed troops to the region, joining international efforts to combat the militants.
“I can confirm that the home of Vice Prime Minister Amadou Ali in Kolofata came under a savage attack from Boko Haram militants,” Issa Tchiroma told Reuters by telephone.
“They unfortunately took away his wife. They also attacked the lamido’s residence and he was also kidnapped,” he said, and at least three people were killed in the attack.
Keep on reading…