Guess where Hamas headquarters in Gaza is... 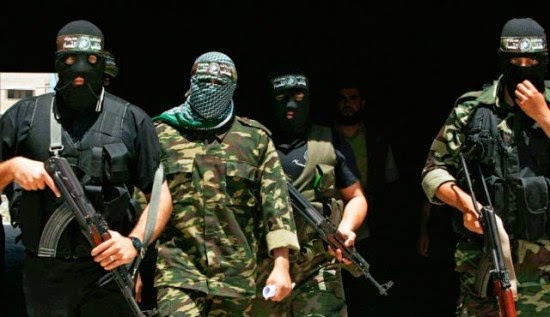 If you guessed in a bunker under a hospital, you win.


The idea that one of Hamas’ main command bunkers is located beneath Shifa Hospital in Gaza City is one of the worst-kept secrets of the Gaza war. So why aren’t reporters in Gaza ferreting it out? The precise location of a large underground bunker equipped with sophisticated communications equipment and housing some part of the leadership of a major terrorist organization beneath a major hospital would seem to qualify as a world-class scoop—the kind that might merit a Pulitzer, or at least a Polk.
So why isn’t the fact that Hamas uses Shifa Hospital as a command post making headlines? In part, it’s because the location is so un-secret that Hamas regularly meets with reporters there. On July 15, for example, William Booth of the Washington Post wrote that the hospital “has become a de facto headquarters for Hamas leaders, who can be seen in the hallways and offices.” Back in 2006, PBS even aired a documentary showing how gunmen roam the halls of the hospital, intimidate the staff, and deny them access to protected locations within the building—where the camera crew was obviously prohibited from filming. Yet the confirmation that Hamas is using Gaza City’s biggest hospital as its de facto headquarters was made in the last sentence of the eighth paragraph of Booth’s story—which would appear to be the kind of rookie mistake that is known in journalistic parlance as “burying the lede.”