Guess who is threatening to nuke the White House! 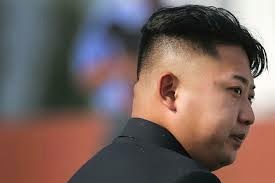 If you guessed North Korea, you win.


A senior North Korean military official on Sunday threatened to launch a nuclear strike on the White House and Pentagon, according to Agence France-Presse.
“If the US imperialists threaten our sovereignty and survival… our troops will fire our nuclear-armed rockets at the White House and the Pentagon — the sources of all evil,” Hwang Pyong-So said in a speech in Pyongyang during a military rally.
Hwang is director of the military’s General Political Bureau.