Obamanomics: Household wealth decreases by over one third during Obama's presidency... 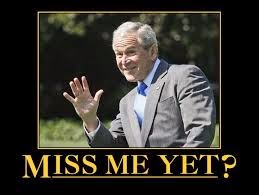 Where has all the money gone? The government gave it to unions, global warming fraud, failed green energy projects and entitlement bloodsuckers. Do you miss George W. Bush yet?


Economic inequality in the United States has been receiving a lot of attention. But it’s not merely an issue of the rich getting richer. The typical American household has been getting poorer, too.
The inflation-adjusted net worth for the typical household was $87,992 in 2003. Ten years later, it was only $56,335, or a 36 percent decline, according to a study financed by the Russell Sage Foundation. Those are the figures for a household at the median point in the wealth distribution — the level at which there are an equal number of households whose worth is higher and lower. But during the same period, the net worth of wealthy households increased substantially.
The Russell Sage study also examined net worth at the 95th percentile. (For households at that level, 94 percent of the population had less wealth and 4 percent had more.) It found that for this well-do-do slice of the population, household net worthincreased 14 percent over the same 10 years. Other research, by economists like Edward Wolff at New York University, has shown even greater gains in wealth for the richest 1 percent of households. Read more here.