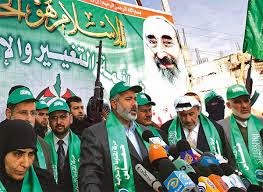 I know it's supposed to be humanitarian aid, but that will only allow Hamas and the other Jew haters to spend their money on missiles and bombs.


CAIRO (AP) – The U.S. is sending $47 million in humanitarian aid to the besieged Gaza Strip to help tens of thousands of Palestinians there who have been forced from their homes since war broke out two weeks ago.
A State Department breakdown of the aid that was released Monday said nearly a third of the money — $15 million — will go to the United Nations’ refugee mission in Gaza.
U.S. Secretary of State John Kerry was expected to discuss the aid with U.N. Secretary General Ban Ki-Moon in a meeting late Monday in Cairo.
Kerry arrived in the Egyptian capital only hours earlier in a U.S. push to help broker a truce between Israel and the militant group Hamas that controls Gaza.