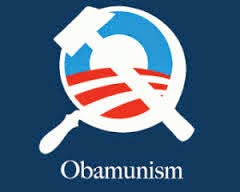 This explained a lot about Obama's character.


Individuals exposed to socialism were twice as likely to cheat as those who had not been in a socialist system, says a new study from a collaboration between Duke University and the University of Munich. “The longer individuals were exposed to socialism, the more likely they were to cheat on our task.”
Researchers compared 259 participants’ willingness to lie and cheat by playing a simple game that could earn them $8. Every game player was asked to throw a pair of dice 40 times and record every roll of the dice on paper. Those with the highest tallies would have the highest payoff. Players had to commit to write down the number on either the top or the bottom of the dice. Since they didn’t have to say which side they had chosen, it was easy to cheat by rolling the dice and then pretending the higher number was the side they had chosen. [...]
“We interpret our findings as evidence that the political regime of socialism has a lasting impact on citizens’ basic morality,” say the study’s authors Ariely, Garcia-Rada, Hornuf and Mann.
Keep on reading…