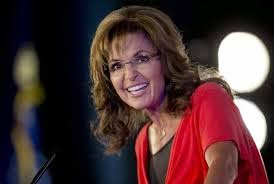 They need to ease up on the Kool-Aid over at TMZ.  The mention of Sarah Palin or George Bush turns liberals into raging idiots.


Wednesday during TMZ’s segment on former Governor Sarah Palin (R-AK) getting a speeding ticket, they thought it would be entertaining television to, without provocation or explanation, have random staffers openly attack the Tea Party firebrand as a “bitch,” “dumb,” and a “horrible mom.”
TMZ opened the segment by reporting on when Palin was given a speeding ticket in her hometown for driving 63 miles per hour in a 45 mph zone, and she said, “I wasn’t speeding I was qualifying.”
But then it quickly turned ugly, when, without justification, the staffers launched into a nasty, random, name-calling attack. One staff member exclaimed out of nowhere, “She’s a bitch.” Another chimed in, saying, “She’s a really bad mom,” while another added, “She’s a horrible mom.”
A third concluded, “She’s not evil. She’s too dumb to be good or evil.”