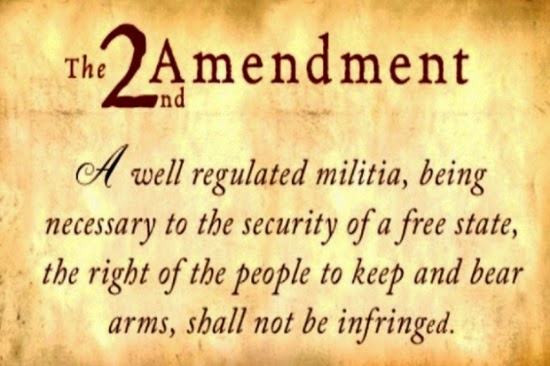 This is a big Second Amendment victory...


Well, well, well–I guess the big guy upstairs knew I could do with a pick-me-up while I struggle through this respiratory infection. And boy, did he deliver big (with a h/t to Ace of Spades HQ).
In light of Heller, McDonald, and their progeny, there is no longer any basis on which this Court can conclude that the District of Columbia’s total ban on the public carrying of ready-to-use handguns outside the home is constitutional under any level of scrutiny. Therefore, the Court finds that the District of Columbia’s complete ban on the carrying of handguns in public is unconstitutional.
Palmer v. District of Columbia (1:09-CV-1482 , filed July 26, 2014; full decision at the end of this post).
This should, of course, be the common fate of virtually every gun law currently on the books, particularly when (as is the only proper legal course) strict scrutiny is applied to the thousands of state and Federal laws that continue to irrationally infringe our rights to keep and bear arms.
Kudos to Attorney Alan Gura, for his continuing masterful efforts in defense and promotion of the Second Amendment to the Constitution of the United States of America. As Alan noted in his own blog, Reality-Based Litigation: