Louisiana Gov. Bobby Jindal: “We should stop accepting flights from countries that are Ebola stricken,” 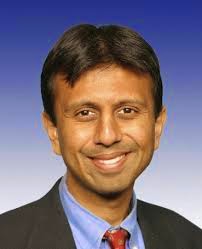 I couldn't agree more. I believe this is inevitable.


Louisiana Gov. Bobby Jindal on Friday called on the Obama administration to impose a travel ban on flights to the U.S. from countries with Ebola outbreaks.
“We should stop accepting flights from countries that are Ebola stricken,” the Republican governor said in a statement.
“President Obama said it was ‘unlikely’ that Ebola would reach the U.S. Well, it has, and we need to protect our people,” he said. “But the Obama administration keeps saying they won’t shut down flights. They instead say we should listen to ‘the experts.’ In fact, they said it would be counterproductive to stop these flights. That statement defies logic. How exactly would stopping the entry of people potentially carrying the Ebola virus be counterproductive? This seems to be an obvious step to protect public health in the United States.”