Stupid: Lena Dunham claims that as a 19 year-old Oberlin College she was raped by a college Republican... 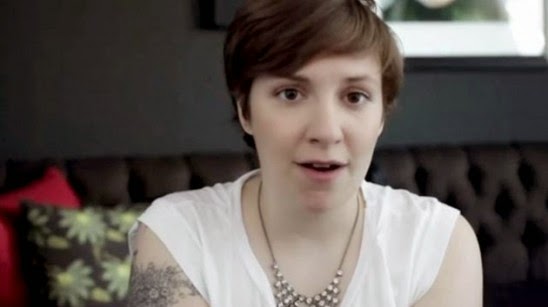 
In her just-released memoir, 27 year-old “Girls” star Lena Dunham claims that as a 19 year-old Oberlin College student in Ohio, she was raped by a college Republican. In the first chapter that addresses the encounter, Dunham describes the “ill-fated evening of lovemaking” as awkward and hollow. The most sensational moment comes from the fact that “Barry” wasn’t wearing a condom.
In the next chapter, Dunham backtracks with the claim that she’s an “unreliable narrator” and accuses “Barry” of rape:
[I]n another essay in this book I describe a sexual encounter with a mustachioed campus Republican as the upsetting but educational choice of a girl who was new to sex when, in fact, it didn’t feel like a choice at all.
At the time, Dunham says she was drunk, high on Xanax and cocaine, and therefore in no condition to give her consent. She had no idea she had been raped until she described the encounter to her roommate:
“Barry leads me to the parking lot,” she writes. “I tell him to look away. I pull down my tights to pee, and he jams a few of his fingers inside me, like he’s trying to plug me up. I’m not sure whether I can’t stop it or I don’t want to.”
Keep on reading…

If two people get drunk or high and have sex, it's not rape unless one of them says 'no. '
Posted by Bluegrass Pundit at 6:55:00 PM