Barack Obama does not know what year it is 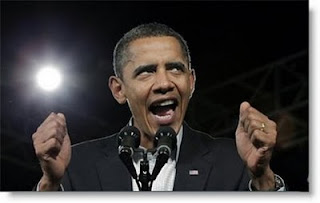 I knew Barack Obama was out of touch, but he doesn't know what year it is? Isn't that one of the questions they ask people to determine if they are rational? Obama signed Westminster Abbey's distinguished visitors log with a 2008 date.


But the president seemed to have made a gaffe during the occasion - signing Westminster Abbey's distinguished visitors' book with the wrong year.

Mr Obama dated his entry in the book May 24 2008, rather than the current year.

Apparently Mr Obama was heard to ask the dean what the day's date was - but managed to get the year wrong.

A Westminster Abbey spokeswoman confirmed it was the president who had written the wrong date.

What do you mean when you say Obama is "out of touch?" Surely a president need not be infallible in mundane areas, such as not messing up the date in a guest book during a public relations trip. Is it kinda embarrassing for him? Of course. Does it suggest a deficiency that has any bearing on his ability to lead the country? Of course not.