Change You Can Take to the Bank 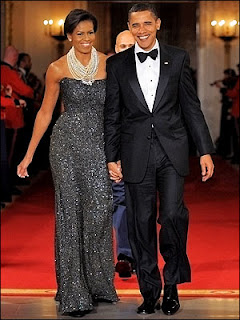 Barack and Michelle are now worth up to $12 million. It is good to be king.


WASHINGTON (AP) – The White House says the assets held by President Barack Obama and Michelle Obama are valued between $1.8 million and nearly $12 million.

The couple’s assets, which include Treasury bonds and retirement accounts, were valued at a maximum of $7.5 million in 2009.