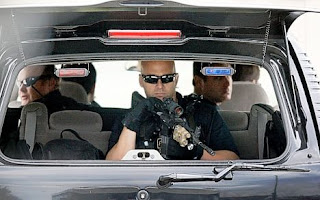 Do they really think Bill O'Reilly or Sean Hannity are going to threaten to kill Obama?


(Daily Caller) — A spokesman for the Secret Service said it’s not out of the ordinary for agents to “monitor” Fox News — or any other news organization.

An employee of the Secret Service on Wednesday accidentally tweeted on the agency’s Twitter account a complaint about having to “monitor Fox for a story” and not being able to deal with the network’s “blathering.”

The tweet was promptly removed and the Secret Service offered an apology, blaming it on someone who thought he or she was posting to a personal account.

But why was the law enforcement agency that provides protection to the president and foreign dignitaries monitoring Fox News?

Obviously they are watching for coded signals to right-wing militia cells just like during the Clinton Presidency.