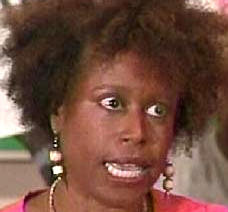 How did she ever get elected in Georgia? Since we are engaging in military action against Libya, isn't this giving aid and comfort to the enemy?


(CNN) — A former U.S. congresswoman slammed U.S. policy on Libyan state TV late Saturday and stressed the “last thing we need to do is spend money on death, destruction and war.”

The station is fiercely loyal to Moammar Gadhafi and her interview was spliced with what appeared to be rallies in support of the embattled Libyan leader.

She said she was invited to Libya by the “nongovernmental organization for fact-finding,” adding that she intends to bring more people to the country soon so that “they too can understand.”

You're not serious, are you? I thought we were on a mission to protect civilians in Libya. Suerly there is no "enemy" per se when that is our purpose. I'm also curious as to what she did that may have been "giving aid and comfort" to any enemies? Speaking?