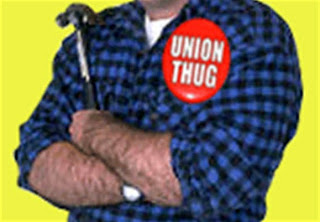 The whistle-blowers weren't blowing the whistle on company corruption. The corruption was in their own union. Unions have long outlived their usefulness. Most unions nowadays are only interested in padding the unions pockets.


(NYDN) — Unionized phone company employees say they were beaten or threatened after they accused their labor bosses of looting their coffers through various scams.

One member of Communications Workers of America (CWA) Local 1101 said that after he reported a time-sheet padding scheme, a thug beat him so badly his spine was injured.

Another says he found a dead rat in his locker, while a third said a union officer warned that suspected informants should be brought off company property and “taken care of.”

The threats come to light as the U.S. Labor Department is probing charges that union bosses lined their pockets at the rank-and-file’s expense.

hi,
would you happen to have an email address? I would like to ask you something =)

May you please get back to me at reese.mckenzie@pokerjunkie.com...