Iranian President Mahmoud Ahmadinejad has been “bewitched” or something 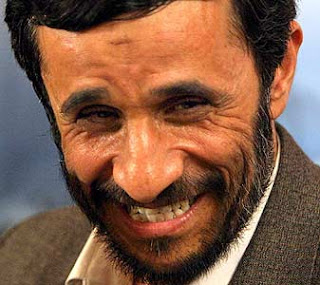 This would be laughable if Iran wasn't pursuing an atomic bomb.


TEHRAN – Iranian President Mahmoud Ahmadinejad came under new pressure Sunday, as an influential cleric charged that he has been “bewitched” by a controversial senior aide and key lawmakers renewed their impeachment threat.

Ahmadinejad is behaving “unnaturally” and needs to be “saved,” Ayatollah Mohammad Taghi Mesbah Yazdi, a former supporter of the president, told the weekly Shoma magazine.