ACORN is not as dead as we had hoped... 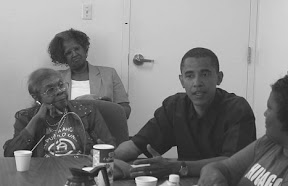 174 ACORN are still around. they just changed their names.President Obama is most pleased...


The Association of Community Organizations for Reform Now or ACORN famously came under fire a few years ago because its political affiliates engaged in electioneering and lobbying. There was also an embezzlement scandal, allegations of facilitating voter fraud and a notorious video sting by conservative provocateur James O’Keefe. The organization officially announced the closure of its offices in 2010 after losing government funding due to the controversies.

But that doesn’t mean it vanished from the landscape altogether. The nonprofit watchdog group Cause of Action published a list today of “still-active ACORN entities, ACORN allies, and rebranded ACORN organizations.”

Email ThisBlogThis!Share to TwitterShare to FacebookShare to Pinterest
Labels: Acorn