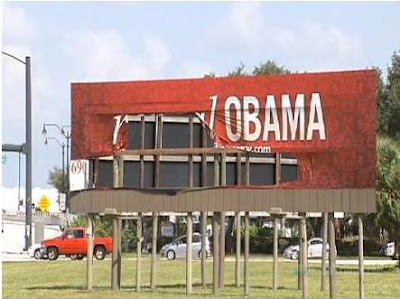 Where are the stories of Tea Party vandalism? That's what I thought.


Vandals defaced a Sarasota County Republican Party anti-Obama billboard over the weekend in Venice, Florida, according to the Sarasota Herald-Tribune:

At about 8 a.m. Sunday, Sarasota GOP Chairman Joe Gruters said he received an email notifying him about the damage to the sign at the U.S. 41 Bypass and Center Road.

Someone with a cutting instrument removed the word “Repeal,” the GOP’s website address and its financial disclosure statement but left the word “Obama.”