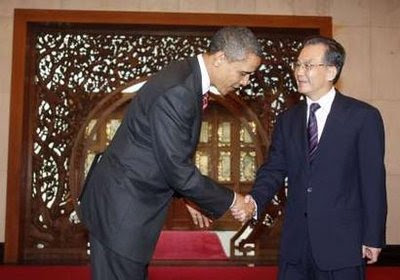 Here is a good reason to vote for Mitt Romney. The Chinese government doesn't want you too.

"By any standard, the U.S. Republican presidential candidate Mitt Romney'sChina policy, as outlined on his official campaign website, is an outdatedmanifestation of a Cold War mentality," read acommentary in Monday's China Daily."It endorses the ‘China threat' theory and focuses on containing China's risein the Asia-Pacific through bolstering the robust U.S. military presence in theregion."

The Chinese state-owned outlet said that Romney was "provoking" China bypromising to supply Taiwan with aircraft and other military platforms andcalled his China approach "pugnacious."

"[H]is China policy, if implemented, would cause a retrogression inbilateral ties and turn the region into a venue for open confrontation betweenChina and the U.S.," the commentary stated.