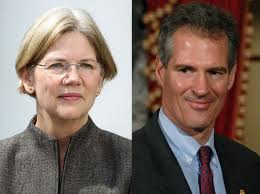 
In a late summer surge, U.S. Sen. Scott Brown has jumped to a 5 point lead in a new poll in his race for re-election.

Public Policy Polling places Brown in the lead over his Democratic challenger Elizabeth Warren 49-44 percent. This is the same poll that placed Warren ahead by 5 points in March.

Brown, the pollster states, is the beneficiary of strong support from unenrolled voters.

“Brown has the lead on Warren thanks to a 58-32 advantage with independents, comparable to what he won against Martha Coakley in 2010,” according to Public Policy Polling.