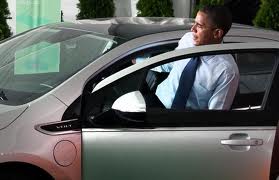 This is the car that was supposed to save GM...


(Reuters) - General Motors Co will idle the Michigan assembly plant that makes the Chevrolet Volt for four weeks from the middle of September to the middle of October, plant suppliers and union sources said on Monday.

It will be the second time this year that the plant, which straddles the border of Detroit and the city of Hamtramck, has stopped making Volts.

GM confirmed the plant idling, saying it will continue to "match supply with demand" for both the Volt and the Chevrolet Malibu sedan that is also made at the plant. The automaker declined to specify how long the plant will be closed.