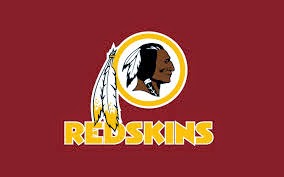 
WASHINGTON – The recent decision by an obscure administrative law board to cancel the Washington Redskins’ trademark registrations came despite the fact the agency hadn’t received a single letter from a member of the public complaining about the team’s name, records show.
The Trademark Trial and Appeal Board, which is part of the U.S. Patent and Trademark Office, ruled last month that the name was disparaging to American Indians. The team is appealing that decision.
Politicians, including President Obama, have waded into the team name controversy, with many saying the team should change its name. But despite widespread media attention and a legal fight that goes back more than a decade, the USPTO recently acknowledged there’s hardly been an avalanche of public complaints filed with the agency.
In fact, the agency doesn’t have any record of correspondence from the public about the Redskins’ name — expressing sentiments one way or another — prior to the board’s June 18 ruling.
A Freedom of Information Act request from The Washington Times asking for any communications from Congress or the public produced just 13 pages of records.
Keep on reading…